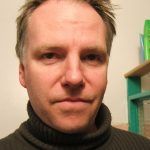 Mike is a journalist from New York. He works at a local magazine and writes about travelling and tourism. Mike has already visited 32 countries and he’s not going to stop!

Mike’s 41 and he adored travelling since he’s been a little boy. He started writing when he was at high school. That period helped him to realize that writing is his real passion. After university where he studied journalism, he decided to connect his two favorite things. So, he started writing about his travels.

In each country he visits schools, where he has a few lectures. He tries to teach children how to find their own way in life. It’s Mike’s own volunteer project, which is willingly accepted by schools of those countries.

Friends say he’s an extremely responsible person. At the same time he has an incredible sense of humor and always ready to support you.

An analogy is a literary tool in which the author compares several unrelated things for their common traits. In contrast to a simile/metaphor, it does. Not belong to the figures of speech. Experts define an analogy as a powerful rhetorical…

How do you define whether you need a trip advisor or trip adviser? An advisor vs. adviser is just another common linguistic confusion that should end up once you read this post. To avoid tricky situations and a language barrier,…

It’s time to widen your own vocabulary and find out some new words for great. We all use it very often, but sometimes it has to be changed by a synonym. But we are people and who hasn’t been in…

This question is mentioned more often nowadays. Site and company leaders are interested in flawless content: it helps Google and other search systems to rate their resources on higher levels. But where can you get a good author in case…